Ships have been constructed at MEYER WERFT in Papenburg for around 225 years. The first vessels were wooden sailing boats that were relatively small by today’s standards. The shipyard’s founder, Willm Rolf Meyer, directed the construction of over 60 of those wooden sailing boats. Times were tough when his son took the helm: Many shipbuilding companies in Papenburg were giving up, as they had failed to make the transition from wooden to iron ships and their location made it difficult to increase the tonnage.

However, MEYER WERFT managed to restructure itself. Joseph Lambert Meyer led the company’s specialisation in the construction of ships that could pass through narrow channels, such as pilot boats, tugboats and lightships. Now it was time for the next generation of the Meyer family: The first general cargo vessel was launched in 1922, the over 70-metre-long Durazzo; the first gas tanker was built in 1960; and a vessel measuring over 100 metres in length left the shipyard for the first time in 1963.

These were followed by roll-on/roll-off ships, car and passenger ferries, and livestock carriers, and the first cruise ship, Homeric, was delivered in 1986 under Bernard Meyer. Our shipyard in Papenburg has since become specialised in the construction of large and modern luxury liners. Around 50 cruise ships have been constructed at our shipyard and building docks to date. They now measure well over 300 metres, making them over ten times larger than the first ships constructed by MEYER WERFT.

MEYER Group and ADMARES Marine have now joined forces and bring together the know-how of two extraordinary companies. MEYER Floating Solutions is the start of a new chapter in the century-long history of special-purpose floating solutions made by MEYER. 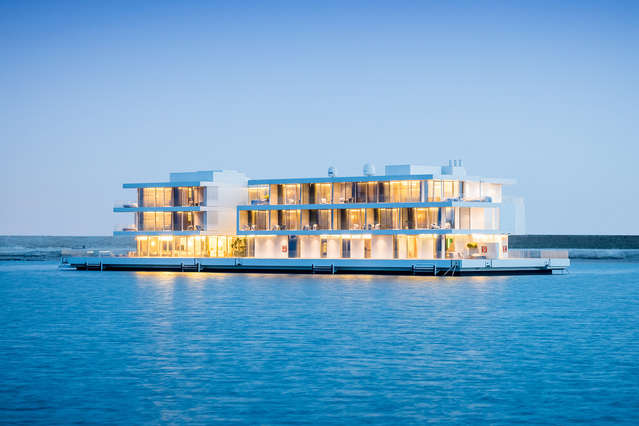